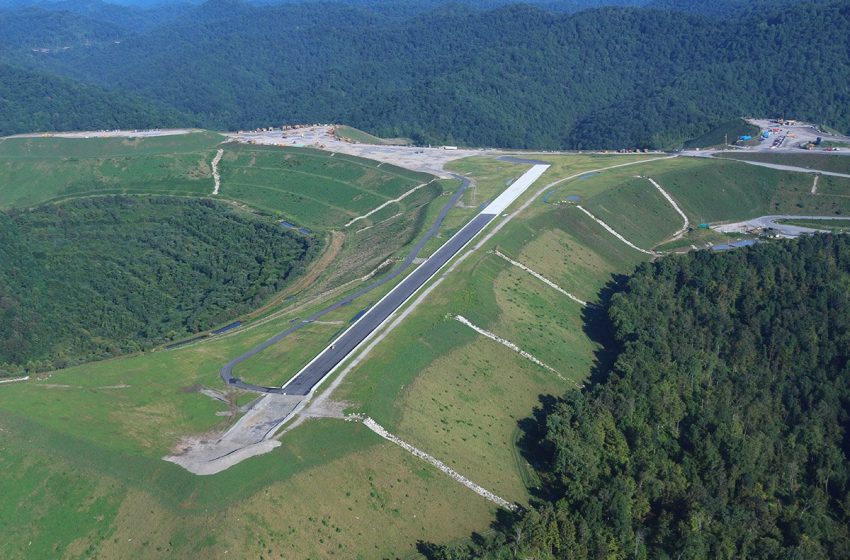 Six Years After It Was Built, This All-New Dragstrip Remains Silent

Situated high atop the scenic rolling mountains of West Virginia in the unincorporated mining community of Twin Branch sits one of the finest new 1/8-mile drag strips in the country. Built in the middle of the last decade, it features a highly-desirable all-concrete racing surface, a generously-long asphalt shutdown area, fully poured concrete retaining walls its entire length, underground conduit for the electronic timing system, and a million-dollar view that few other tracks can equal.

And some six years on, the echoes of nary a single racecar have ever reverberated through the hills

The Twin Branch Motorsports Complex has been in the works since 2005 — a unique venture between state and county officials, private businesses, and area racers, the property the Twin Branch ‘strip sits on was donated by the mining company that formerly operated on the site to the county as part of a post-mining land use project. Consol Energy, a competitor to the land doner, Massey Energy, was operating on an adjacent site, and became involved in the project as part of a plan to maintain its mining permit and save jobs.

The county gained permission from the Economic Development Administration to allow Consol to use the donated and yet-to-be-developed site for dumping of materials from its own mining operations. In return, Consol donated labor, materials, and equipment for the construction of a dragstrip. In all, Consol Energy invested $2.5 million into the project, the Mingo County Commission $300,000, and the Logan County Commission $200,000. With that, a new raceway serving the southwest portion of West Virginia, Eastern Kentucky, and western Virginia was born.

The Twin Branch ‘strip was built, nestled atop and uniquely contoured to a narrow ridge on the former mine, and quickly received IHRA sanctioning. A ribbon-cutting and open house was held for more than 1,000 racers and hot rodders to a get a peek at the new facility and create interest in the endeavor in early 2016. A year later, still sitting dormant, accomplished track operator Pete Scalzo successfully negotiated a lease agreement on the facility wherein he would provide the means for a timing tower, scoreboards, lighting, grandstands, a timing system, and other key equipment for conducting drag races.