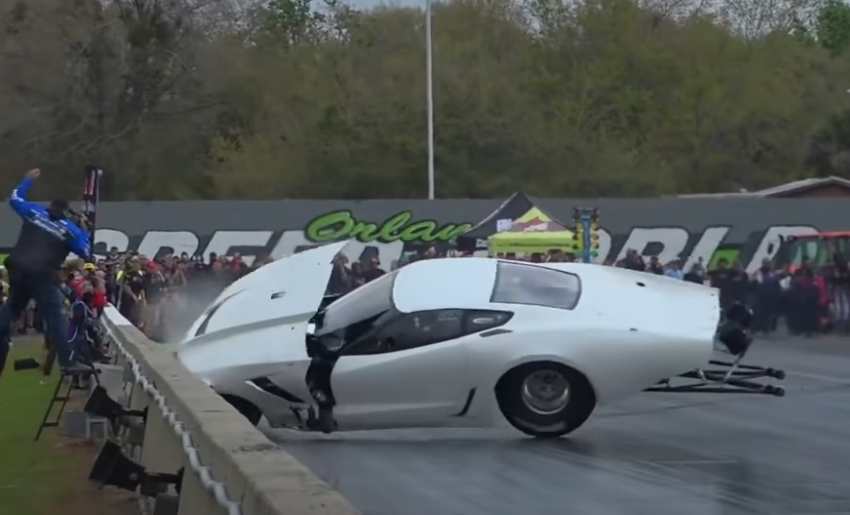 Rick Hord’s weekend in Orlando came to an end far sooner than he expected. The Pro Mod veteran collided with the wall during a nasty crash on Saturday in the final qualifying session of the CTECH World Doorslammer Nationals presented by JEGS, as his Corvette took a sudden right-hand turn and darted across the center line and into the wall in the right lane.

Hord escaped injury, though it was a frustrating turn of events considering he was debuting his new white Corvette. He pointed to a leak in the rollover valve as the culprit, causing the sudden loss of control.